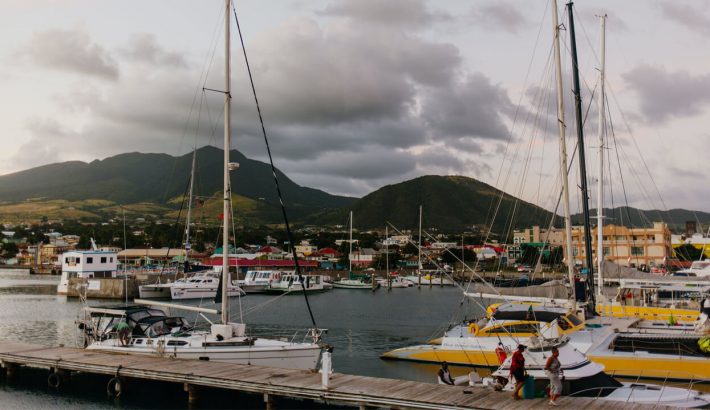 Visit the World’s Sport Fishing Capital onboard a Private Yacht

If you have been looking for a unique and comfortable way to visit Islamorada, we have the answer for you. Skip the traffic and crowds onboard your very own personal private yacht charter. Book a yacht in Miami for a day or overnight trip to visit the historic Islamorada. This village that stretches across 6 islands has a thriving atmosphere and abundant activities for you to try. With a private yacht charter, you can turn the whole trip into an adventure on the south Florida Sea.

Islamorada is a village that spans 5 islands between Miami and the Key West. The five islands are Tea Table Key, Lower Matecumbe Key, Upper Matecumbe Key, Windley Key and Plantation Key. Each island is a unique and fringing shape. The island group is located around a 1.5-hour drive south of Miami. If you wish to visit it by yacht, the travel time will depend on the sea conditions and yacht size. You can plan for anywhere between 1.5 and 3 hours.

Why should you visit Islamorada?

Islamorada, also sometimes known as Islas Morada, was named by early Spanish explorers. The name translates to the Purple Islands. Since then, a population has grown to include a diverse cultural and traditional history. Unfortunately, the village was hit by the Labor Day hurricane in 1935 that caused 435 deaths. There is now a historic memorial dedicated to the people who lost their lives. There are around 6,000 people who live in this tropical paradise today. Now, it is primarily known as the sports fishing capital of the world. Due to its isolation and small population, the ocean biodiversity has long since thrived. Even if you are not a keen fisherman, there are still plenty of sea related activities that you will enjoy.

What can you do on Islamorada?

Islamorada is the sport fishing capital of the world. That means if you are an avid fisherman this is your heaven. You can plan your trip to target some of the world’s most famous sports fish and get into the spirit in these famous fishing spots. In addition, there are plenty of reefs where you can snorkel and visit the wildlife. The whole environment surrounding the island is also pristine and calming. Therefore sunbathing, relaxing, drinking cocktails, and absorbing the sunshine is all part of the trip. The islands also have several attractions including the Theatre of the Sea, Florida Keys History and Discovery Center, and History of Diving Museum.

Why travel to Islamorada by yacht?

If you choose to take the road to Islamorada, you may be met by traffic and congestion. While the drive is still scenic, approaching the island by yacht is another experience altogether. You will have a chance to put yourself in the shoes of early Spanish explorers as you see the silhouette of the islands appearing over the horizon. The journey itself will be part of the adventure and you will be surrounded by pristine azure water the whole time. Yacht rental in Miami provides you with a unique opportunity to explore the area with a personalized itinerary and yacht especially suited to your needs. So do not waste a moment and give Instyle Yachts a call. They will help you plan, organize, and prepare for your unforgettable trip to Islamorada.

Organize your Superbowl Pregame onboard a luxury yacht